Land surveying is a scientific technique used to determine a property’s points and distances between them. In many cases, these points are used to create boundaries for ownership and establish land maps.

Voyage surveyors use physics, mathematics, engineering and law to establish land boundaries. We also use a variety of equipment to do their job, like robotic total stations, prisms, GPS receivers, radios, 3D scanners, surveying software and tablets.

Topographic survey involves determining the horizontal and vertical locations of objects on the surface of the earth. Horizontal location entails locating ‘objects’ like roads, railways, ponds, houses, boundaries of properties, etc. by measuring horizontal distances; the objects are indicated by symbols.

ints, etc. by measuring vertical distances; the objects in this case are represented in relief.
Thus, a topographic map shows the nature of the earth surface along with the positions of different objects.

Such a map is essential for the engineering projects involving roads, railways, irrigation, reservoirs, townships etc.The scale of a topographic map depends on the extent of area it covers, and the purpose for which it is to be prepared.Generally topographic map is prepared according to a scale of 1 cm to 1 km (i.e. 1/100,000)

Contouring in surveying is the determination of elevation of various points on the ground and fixing these points of same horizontal positions in the contour map.

Contour line: The line of intersection of a level surface with the ground surface is known as the contour line or simply the contour. It can also be defined as a line passing 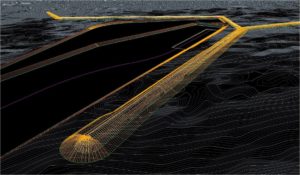 through points of equal reduced levels.

Contour Interval: The vertical distance between any two consecutive contours is known as a contour interval. Suppose a map includes contour lines of 100 m, 98 m, 96 m, and so on. The contour interval here is 2 m. This interval depends upon: (i) the nature of the ground (i.e. whether flat of steep)

(ii) the scale of the map, and

(iii) the purpose of the survey.

Voyage surveyor supplies the data necessary to determine alignment, grading, and earthwork quantities for the design and construction of various engineering projects such as roads, railroads, pipelines, and utilities. 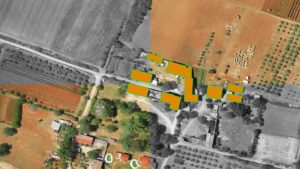 When accuracy matters, Voyage is your  perfect choice. Whether the project is public or private, 2 miles or 20, trust the service of Voyage professional surveyors at Civil Design to provide you with the most reliable route surveys.

Generally, the preliminary survey for this work takes the form of a topographic survey. In the final stage, the work may consist of the following:

We also provide horizontal and vertical positions of points to which supplementary surveys are adjusted.